Find out what recruitment process Black Sheep Capital used to screen a candidate pool of 1,500. 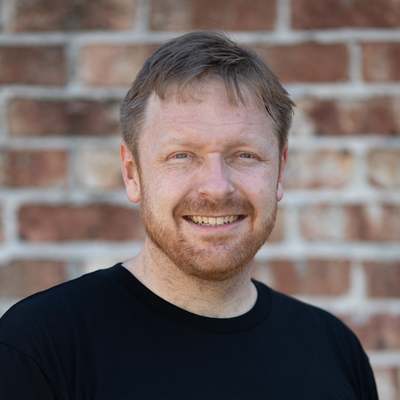 “We are extremely happy with the way Curious Thing allowed us to benchmark and screen our candidate pool.”

Black Sheep Capital is one of Australia’s most experienced early-stage startup investors. Specialising in technology, the company has invested in companies like Airtasker, Sendle, Go1  and Amber Electric. Considering technology is Black Sheep Capital’s bread and butter it made sense for the team to look for a digital solution when faced with a recruitment problem. The company had one job role open and over one thousand candidates to choose from!

Here’s the story of how Black Sheep Capital used Curious Thing to help screen a large number of candidates and find the right hire.

One job role and over a thousand candidates

Venture capital is a small industry in Australia with only a handful of jobs put to market each year. As a result, companies hiring in this space attract hundreds of candidates. Throw in COVID-19 and that number becomes thousands. This is the exact scenario the team at Black Sheep Capital found themselves in.

“We wanted to grow our team and hire a venture analyst. Our new hire would bring a lot of value to our company and the startups we work with,” says Dan Gavel, Director at Black Sheep Capital. “We were expecting about 150 applications for this role, we ended up with 1,500.”

Given the volume of candidates, the team at Black Sheep knew they had to automate parts of the screening process. “We just didn’t have the capacity to get through everyone manually,” says Daniel Winter,  Investment Director Black Sheep Capital.

The team were already aware of Curious Thing because of its status as an Australian startup. “We had researched Curious Thing before and knew the technology was great,” says Dan. “It made sense that we use Curious Thing to screen candidates”.

“We understood the technology behind Curious Thing had real potential to add value, as such using it to screen our candidates was a natural decision for us.” Dan Gavel, Director at Black Sheep Capital

The Black Sheep team were very strategic about how they would refine their candidate pool. They created a comprehensive process that was approved by one of Australia’s leading talent identification specialists.

First, they built a chatbot that engaged with all candidates and asked them questions like, “Why do you want to work in venture capital?” The team used these answers to reduce their candidate pool from 1,500 to 100. “Our second step was to have candidates conduct phone interviews with Curious Thing,” says Dan. “Using the results we went from 100 candidates to 25.”  The team used Curious Thing data scores related to lifelong learning, adaptivity and problem solving to help make their shortlisting decisions.

The next stage for candidates was two phases of psychometric testing–one to assess cognitive ability and one for personality matching. This took the candidate pool from 25 to six. The final stage of the process was a video interview.

This technology-led process helped ensure Dan and Daniel were able to screen a large number of candidates while still giving everyone a chance to shine. “Curious Thing allowed us to give more people a chance than we could have otherwise. There’s no way we could have conducted 100 phone screens,” says Daniel. “Having a benchmarked data set on 100 candidates was also very helpful for us. It gave us much more data than we have previously had when hiring,” says Daniel.

“There is no way we could have conducted 100 phone screens on our own. Curious Thing saved us time and money and provided us with great data on our candidates.” Daniel Winter Investment Director Black Sheep Capital

Ready for the next hire

It’s rare a job in venture capital gets less than 100 applicants. COVID-19 makes lower applicant numbers even less likely. Therefore, the team at Black Sheep Capital plan to use Curious Thing again in their next hiring process. “It will remain part of our process and work with our other data sets to help us make decisions,” says Dan. In the meantime, the team will keep investing in high-growth, scalable technology companies and making their mark in Australia and abroad.